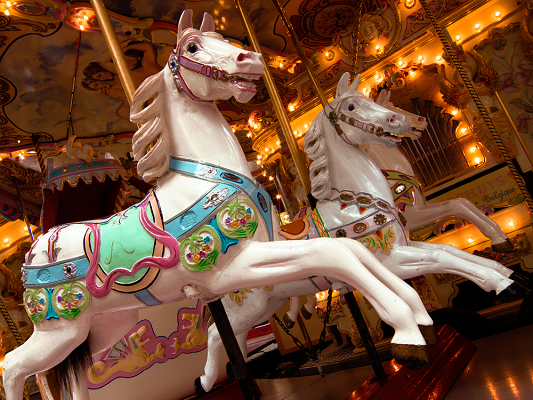 Career transition is coming up as a topic for a number of my clients these days. For female clients in particular, the process of looking for a new role often sets off a spiral of crippling self-doubt. Once triggered, this loop of self-sabotagery goes something like this:

“There is no way I am good enough to land this role.”

“I faked my way through my last job; I’ll be found out as a fraud.”

“There will be hundreds of other candidates who are more qualified and went to better schools.”

Sound familiar? Hopefully not, but if you’re like a lot of people, you are fairly at home with this kind of self-talk, and you may be letting your inner critic get between you and that sexy new job.

So why do we do this to ourselves, anyway? Part of the reason is based in how we’re wired. Human beings are designed to maintain the status quo. It turns out our bodies, brains, and behavior steer us to stay within a narrow range of “safe” conditions through a process called homeostasis. Changing the status quo means moving out of the known into the unknown. Our system reads this change as scary, bad, and unsafe. The system then revolts and pulls out the stops to keep us “in our place”.

There are a number of effective techniques for quieting your inner mean girl, and that will be the topic of a later post. My focus today is how — as you search for your next role – you can play like a pro (or, as one of my clients recently quipped, “Act like a dude”). Here are a few principles followed by the pros (and, as it happens, a lot of dudes):

My point isn’t that women should turn themselves into dudes if they want a job. Instead, it’s that there are a lot of tools out there that many of us who were raised female just didn’t know about or didn’t think were available to us. Add some new tools into your toolbox and decide from there what you want to use.

And finally, I’ll say this: I don’t want to minimize the fears that a job search brings up for many people. I know how real these anxieties are and that they often dredge up painful feelings about personal worth. Even Sheryl Sandberg struggled to learn her worth in the context of negotiating her Facebook package. (She was ready to take Zuckerberg’s first offer, until her husband and her brother-in-law convinced her to ask for a better financial package. Yep, the dudes in her life.) How do women get the idea that they’re not worth bigger salaries or good enough to get the job? That’s an interesting topic, but what I find more interesting is what you’re going to do about it when it comes to your own job search.